Archive for the tag “historical accuracy”

Is Historical Accuracy Worth The Price? 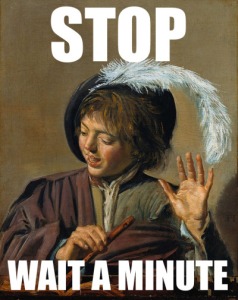 What would you pay for a historically accurate movie or TV Show? This is a question constantly asked by people involved in the production of historical entertainment for the big and little screen. It often costs quite a lot of money to make sure that everything is period perfect and this may be why a lot of productions cut corners in this department. Don’t get me wrong, I completely understand the need to adapt a story for entertainment purposes and in some cases it does make the historical figures more interesting. Maybe it’ll even inspire people to look up the real historical facts.

But what if putting a little extra work actually makes a difference?

A cult favorite, this TV show is often cited as a reasonably good representation of what Ancient Rome would have been like. Even one of my professors at university recommended it to us. Not for the plot though, but for the attention to detail in the show. You must, of course, keep your skeptical goggles on, but the sets and props are pretty spectacular.

Unfortunately, it had a very short life span, with only two seasons under its belt. A shame for those who love ancient rome and quality entertainment. The main reason for the shut down seemed to be cost, which seems not to be a problem now for HBO with shows such as Game of Thrones. Rumors have spread that if Rome had been as popular then more “attention” would have been given to the show. However, this becomes a chicken vs egg debate that has been run into the ground for years.

The Borgias follows the “reign” of Rodrigo Borgia, a Spanish nobleman who rises through the ranks of the church to become Pope. We also see the lives of his children, estranged wife, and mistress in a decadent Renaissance Italy. Although nobody really knows what the Borgias were like, it does paint a pretty picture of the lives of Italy’s most notorious family. Let’s be honest here, it’s mostly costume and set porn, but it does reflect very much the time that we see in Boticelli paintings or the work of Nicolo Machiavelli (who was a big fan of Cesare Borgia, by the way). I can guarantee that they were able to do this with a substantial amount of investment. Is it historically accurate? Probably not, but at least it makes an effort to look like it. This is the same network that made The Tudors, after all.

The question is, would they have made such an investment if the story itself wasn’t so exciting.  The premise of the show is that the Borgias are “the original crime family.” This implies violence, sex, and intrigue. Would any network want to invest in an historical drama that didn’t have these things?

My point is that history can be exciting and it would be a shame if it got completely lost in the glitz of hollywood entertainment. If only all studios and networks invested a little more effort in historical accuracy then all of us would be happy.