Battleships: Better than the movie

And arguably slightly better than the board game. What I mean to say is that although many of us have played Battleship …. 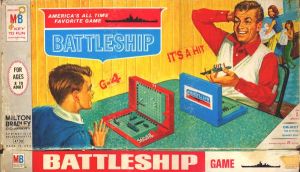 Slightly sexist cover for much loved board game

…. very few of us take the time to actually look at these monster contraptions used for wars in the last 200 years.

The truth is that they really revolutionized naval warfare. The term was originally used in 1794, referring to the wooden warships during the Age of Sail .

Over the years it just became the description for the most powerful type of ship in any fleet. What we consider a battleship today is based off the Dreadnought model, which kicked things up a notch during World War 1. 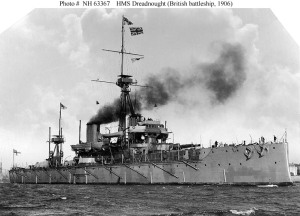 Although what we see today is much better armed.

I have been lucky enough to have the opportunity to see two different types of ships, both from the WW2/Cold War era that proves that burial at sea will never be a defunct term.

The HMS Belfast is a WW2/Cold War era battleship that has been turned into a museum in the heart of London. I actually volunteered there in the conservation department for over a year and so I got to know the ship quite well.

It was originally built in 1939, just in time for WW2 and then was re-equipped  for the Cold War.

If you have a spare afternoon in London one day I would definitely suggest you check it out. They really do a good job at keeping the history alive.

Over on the other side of the Atlantic lies a ship that is also a museum. The U.S.S. Intrepid is an aircraft carrier, docked on a pier in New York City.

Not only did it serve in WW2 and the Vietnam War – it also was the recovery ship for the Gemini and Mercury space missions.

I decided to visit it while I was living in New York City and so recorded my journey through the ship, comparing it to my experience on the smaller HMS Belfast.

All in all, I enjoyed the experience on the U.S.S. Intrepid because you understood what role naval power truly had in the last century. 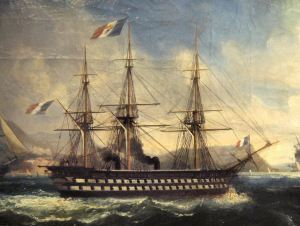 The Napoleon At Toulon in 1852 by Lauvergne

In conclusion, don’t believe everything you read.

Old Battleships are cool too because they show how our society has progressed over the centuries with technology.

Think of it this way – 100 years ago we could only travel by boat!